Think from the welfare after retirement 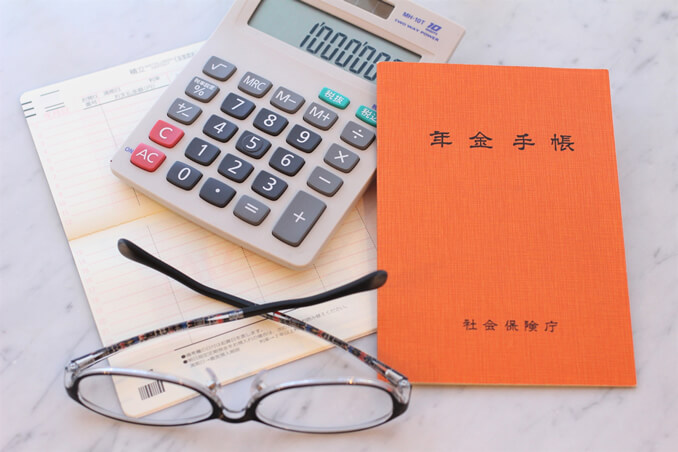 It is universal not only in Japan and Australia, but also universally to worry about your physical age. In Japan, a system was generally used to take care of parents by patriarchs who took over their homes, but after World War II, this old Japanese system failed, and children now take their lives instead of taking care of their parents. It is full of There is enough stock in old age and you can live your own life freely-people in such an ideal situation are unfortunately only a few.

The pension system supports such uneasy old age. And, as far as I know, there is a big difference between Japanese and Australian pension plans. In some cases, moving into a foreign country may lead you to move to that country. At that time, we will wonder what kind of welfare we can receive if we retire from the active service. This time we talk about such “welcome welfare”, especially pensions.

How and how different are the Japanese and Australian pension plans? First and foremost to point out is that Japan’s pension system is very complicated even when viewed internationally. In addition to national pensions that are forced participation, depending on whether you are self-employed or a company employee, or whether it is a public employee, the pension also differs from the welfare pension, mutual pension, state / local public employee mutual aid, etc. Furthermore, if the spouse dies, a survivor’s pension … At this point in time there will be three to four question marks.

Before, when my acquaintance in Japan went to consult with a nearby financial institution about the receipt of the pension, “I can not expect to receive the pension by now because I can expect the income even in old age. “You must continue paying taxes even after the age of 65.” The acquaintance is self-employed and basically there is no retirement, so even if you are over 65 you can expect regular income. It is safe to say that riots may occur in other countries, such as not being able to receive the pension even after reaching the stipulated age despite having been paying the pension properly until now. But that is the current situation in Japan.

In the case of my acquaintance, I consulted with an expert and decided on an application, etc., and he took care of it accordingly, so I could receive a small amount of pension. However, I am sorry in personal opinion, but the Japanese pension system seems to be complicated by the government.

As you know, pensions are a system for the elderly to receive. Human beings, it is the nature of nature that loses judgment and understanding when it gets older. However, Japan’s pension system is so complicated that even adults with judgment can not understand the procedure of receipt. “You don’t have to pay a pension if you don’t know.” To put it another way, “I’m complicated enough to not pay a pension, so I don’t know.” I think that it is.

In return, the Australian pension system is quite simple. In Australia, employees’ pension payments are to be borne entirely by companies. Companies currently pay 9% of the annual salary as a pension, and the Australian parliament has gradually raised this, eventually making the company’s burden 12% of the employee’s working annual salary I decided that. The pension is not paid directly to our hands, but is transferred to a pension account designated by the beneficiary and can be withdrawn at the age of 60, which is the pension receiving age. It’s simple.

Moreover, what is very different from Japan is that in the meanwhile, it is possible to choose the fund which manages the pension at each option. There are many types of funds and there is a high risk high return plan which may result in the pension amount upon receipt being increased significantly over the planned amount, but on the contrary it may be reduced significantly. There is also a low risk, low return plan, etc. if you want to be sure to keep it on hand, even if it doesn’t increase significantly.

In any case, what makes the Australian pension system so fair is that in old age, it only pays for what you have worked. In addition, you can choose the fund to manage the pension yourself, but even if it increases or decreases, it is your own judgment and your own responsibility. It is a big difference from a country where the wringing is coming to the people because the pension fund is reduced by the investment mistake of the upper management. “The people who do not work” The proverb applies to the characteristics of the Australian pension system as compared to Japan.

What kind of pension culture do you work under?

But what happens to old people who can not earn a fair amount of money in the current working age? There is nothing like that when it comes to looking at people who live and have nothing to eat. Apart from pensions that have been accumulated since childhood, there is also an old-age pension system called a “pension”, in which pensions are paid from the country according to the property and income at the receiving age. You can also live in cheap, government-owned housing. When I visited the house before, I was surprised that the rent was far from the private rental housing. That is cheap. What’s more, the location is quite good for transportation in Sydney. My companion who commutes to work for over an hour because he can not set up a residence near the work place has a sigh of “Hmm”.

Australia is a country with well-developed social welfare, and there is a problem that its financial resources are squeezing the government’s finances, but objectively speaking, Australia has a clearer system than Japan, and it is above all fair. Even if you think just how important it is in your business that you are “fair”, it will be a part of your business career, with the pension culture also in Australia, aside from whether you really migrate in the future or not. There are not a few people who will