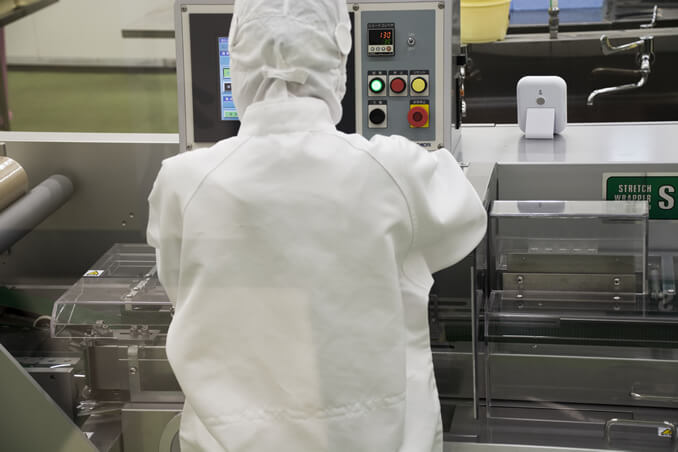 It is not necessary to mention further, but Japanese food has gained citizenship all over the world, and it is not only traditional developed countries, major countries and cities where Japanese companies exist, but also far-off African countries and ears. Even if there are no cities, there is a high possibility that they are not Japanese-owned Japanese restaurants, but it can be said that there are many cases where you can confirm their existence. Japanese food is considered delicious and healthy for the body, and a category is established as a brand overseas.

In recent years, rather than typical Japanese food such as sushi and sashimi, it has changed its shape a little and has permeated the world. For example, Japanese-style bread from the West, and Japanese-style bread that has passed through the Japanese, and ramen, which has been well-established as a Japanese food, is a typical example. It is not only Japanese that open Japanese-style bakeries, but there are also cases where Asians, who have high demand for the Japan brand, open stores by imitating shapes, tastes and names.

In addition, the popularity and demand of ramen and udon-do flour-based foods are very high, and there are a wide variety of items such as Takoyaki, Okonomiyaki, crepes and cakes. Demand is expected to increase as new Japanese food cultures incorporating Japanese-style food products that are somewhat different from the original Japanese food will be introduced in the future.

Originally, people who lived in those countries had the largest number of forms of entrepreneurship, but in recent years in Japan, the effects of declining birth rates and intensifying price competition etc. Food companies have also increased. Even if it is a store of the same series, in terms of the taste, I feel a considerable level difference between Japan and overseas. Of course, I understand that the tastes of taste differ between Japanese people and people in those countries, and I understand that they are seasoning according to their needs, but foreigners actually travel to Japan and eat in Japan. There are also comments that the taste and taste that you eat in your home country are different, so you may not be able to say that you have generally adapted to the needs of that country.

There are many cases in which flour making bread is distributed between Japan and foreign countries. Because it is coarser than Japanese flour, it is difficult to make plump, sticky bread. In addition, food and confectionery manufacturing equipment are often inferior in performance and usability compared to those distributed in Japan.

For example, it is a Taiwan-made oven that is used in many bakeries in Australia and other Asian countries, but the price is certainly affordable, and it conforms to the standards, voltages, and outlet plugs according to the countries, and it looks very In fact, it is very difficult to keep the temperature constant, and the rise time to the preset temperature varies depending on the day, and even if it operates for the same time, the maximum upper and lower temperature range There is also a product that is about 10 degrees. Bread bakers use expensive European ovens, but they need professional skills with some training to use them.

It is one of the reasons that the quality of the taste is not improved because many of them use Taiwan-made products that can be handled by amateurs and non-technical people instead of using a professional-ready European oven through training on technology acquisition. You Japanese-made ovens can not exhibit the same top performance as European-made ovens, but they are relatively easy to use and stable in performance. Regardless of the lot, if you can provide parts etc. according to the customer’s request, it can be said that there is sufficient odds.

Or, in Japan, used food equipment with good degree and condition is on the market. In general, secondhand food equipment used in this kind of equipment is very old and difficult to sell in the second-hand market, but if the equipment in Japan is in good condition and the price is reasonable, there is considerable demand here. It can be said that it has a high potential business model.