Japan’s “fishery machine technology” that the world pays attention to 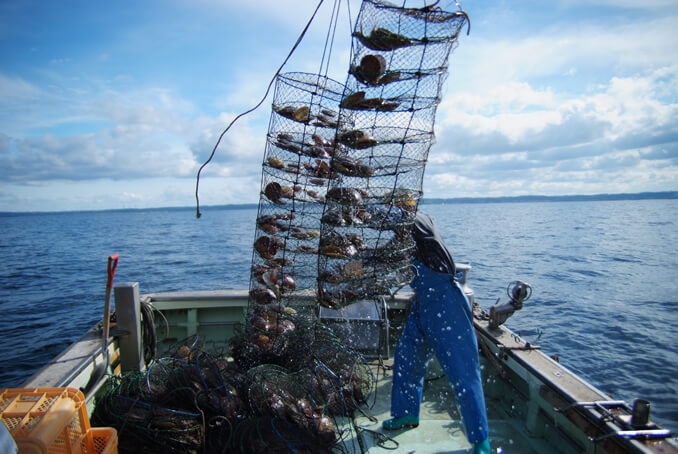 In addition to the land, the state is recognized for territorial waters, and up to 12 kairi is a territorial waters that has sovereignty. EEZ Kairi (200 Kairi), which has been granted monopoly over marine resources, exploration of mineral resources, etc., and development, etc. is defined by the International Law of the Sea, but this is a difficult problem. For example, there is no problem, but if it is less than that, it is clearly stated that it is basically determined at the middle point.

However, this adjustment also involves the expectations of each country, which is the reason why it can not be done with a straight line.

Japan is an island country surrounded by the sea since ancient times, so it is no exaggeration to say that securing marine resources is a major lifeline. There is no denying that the time when fish that are the basis of Japanese food culture will not be available near Japan will come.

Well, Australia is not very well known, but it is one of the world’s richest fishing areas. Compared to other continents, its total area is the smallest, but the area is surrounded by the sea as well as Japan, and it can be thought of as a large island country from another viewpoint. The land is surrounded by the Pacific Ocean, the Indian Ocean, and the three large Antarctic Oceans, which are famous for the raging ocean.

The territory of Japan is 20 times that of Japan, and there are almost no countries that block in the eastern Pacific Ocean, the western Indian Ocean, and the southern Antarctic Ocean, and because it can claim the largest right (200 Kyiri), the Australian Territories is the third in the world Wide, about 12 million square kilometers.

Looking at fish catches alone, it can not be said that the world is large, but rather than over-fishing limited fishery resources as in developing countries, the amount of specific fish caught is high in the market Targeting for sale, expensive fish, their catches are top class in the world. In particular, the amount of southern bluefin tuna that the Japanese people love is the largest in the world, and the amount of crustaceans such as crabs and lobsters are also high. In addition to capturing natural fish at fishing grounds, the fish farming industry is also active, and we export marine products such as tuna, salmon, trout, sardines, lobster, shrimp, abalone, sea urchin and pearl oysters to Japan and China.

Also, unlike other countries, Australia’s aquaculture industry has strict regulations on cultured fish, very little PCB and DDT contamination, and the use of antibiotics in cultured fish is given only to diseased fish, and fish with problems found The fish are completely isolated from other fish and returned to the other fish nets after confirming that antibiotics have been eliminated from the body as a result of the test. Of course, fish that can not be improved will be discarded.

It can be said that it is the right business choice to narrow down to expensive fish with high needs in the market, but at the same time it is necessary to always keep the freshness and preservation of seafood with high quality. Unfortunately, it can not be said that the handling condition of fish and seafood is necessarily better than Japanese fishermen. In particular, Japanese companies are famous for putting strict checks on freshness, preservation conditions, and wounds of fish and shellfish, and in order to require uniformity in the size of fish and shellfish, those that can not meet the demands of Japan are also It seems that there are not many.

In addition, fishery and fishery related companies are often not large companies, and during transportation, the quality of fish and shellfish decreases and loss such as death is reduced, more efficient preservation technology, transportation technology acquisition and equipment are big for them. It has a weight, and it is a matter of life and death just like finding a client who can buy a higher fish product.

In addition to natural fish, Australia and other Asian countries are also active in aquaculture. Indonesia, Vietnam, India, Thailand, Malaysia, the Philippines, Myanmar and Bangladesh have recently advanced their fishing techniques and have dramatically increased their catch. Indonesia is the second largest in the world after China. India and Vietnam are 3rd and 4th, far exceeding the catch of Japan, a large fishing country.

The main export fish of natural products are tuna, which has high rare value worldwide, as well as bonito, salmon and so on. With regard to aquaculture, shrimp farming is carried out with high market demands in every country, and is exported to Japan and China, as well as to Western countries such as the United States. In recent years, the demand for processed white fish products has also been high, and freshwater fish, which are the raw materials for these products, are also being actively farmed.

However, in any country, including Australia, the transportation system from the production area to the shipping site is not as well equipped as in Japan, and it is inevitable that the technology to keep fish fresh is delayed.

Despite shipping at the same time, when I opened the lid, I could not eat it with sushi and sashimi, etc., if the cooking method was to cook the pot or some degree of freshness. There is no such trouble. Globally, sushi and sashimi have gained citizenship and become a familiar presence, and are areas where high demand and growth will continue. Because how to keep fresh fish in a fresh condition, it is bothersome to contractors in each country, by using Japanese-made fish and shellfish protection equipment, to improve quality and to customers There is a demand for the market, as it has the merit of giving a sense of security.