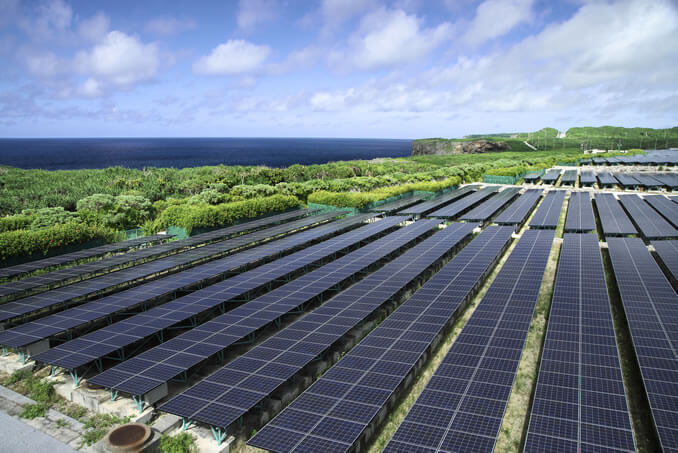 The big earthquake that hit Hokkaido the other day was widely featured in the Australian news.

Though temporary, massive blackouts that have spread all the way have been reported as shocking news, and not only in the reconstruction work in the future, Hokkaido is one of the best crop producing areas in Japan, and food prices are rising and It is expected that the effects such as shortage will begin to appear.

At the same time, in addition to the flooding of the river due to the impact of a typhoon hitting the Kansai area, the Kansai Airport, which is an empty gateway to the Kansai area, is closed and there is no doubt that it has been affected by natural disasters. not.

However, Japan is not a natural disaster, it is not an earthquake, but Australia is not affected by the earthquake, but there is concern that the drought will continue without rain and the impact on agricultural products. And the danger of causing a large wildfire is also anticipated.

In addition, not only Japan and Australia, but also reports of abnormal weather and natural disasters from around the world, it can be said that global-scale anomalies have occurred. The cause is not completely understood, but there are several possible causes, one of which is the burning of fossil fuel and the release of carbon dioxide into the atmosphere. With such background, in recent years, clean energy that does not rely on fossil fuels is spotlighted.

Small solid fuel biomass pellets, which are compacted by-products that are discarded in the lumber process such as sawdust and planers, do not emit more than the total amount of carbon dioxide, unlike fossilized energy at the time of combustion. The idea of ​​biomass pellets, the technology itself, was not the latest one, and was developed during the oil shock of the 1970s.

However, due to the subsequent decline in crude oil prices and cost performance, by around 2000 it was considered to be an end-of-energy form. Crude oil prices have not stabilized since around 2002, and biomass pellets have been reviewed again in the wake of soaring prices, and production volumes and suppliers are now expanding, mainly in Western countries.

Also, as mentioned at the beginning of the report, another major factor by which biomass pellets were reviewed was global warming, global-scale abnormal weather, and major disasters. The main cause of global warming is the large-scale deforestation. Biomass pellets, which are produced from waste when deforesting and producing processed products, are an earth-friendly, lean and efficient energy form that makes the best use of limited resources.

In Europe and the United States, the ratio of renewable energy to the total amount of primary energy exceeds 10%, but Asian countries including Japan still have low recognition and penetration rates.

Australia is a country that responds very sensitively to environmental measures, but unfortunately it can not be said to be widespread now because it has abundant underground resources and natural gas as an alternative to crude oil is cheap and available. However, in Tasmania, which is located in the south of Australia, an ozone hole has occurred, and there have been cases where ultraviolet rays have fallen directly.

Researchers’ attractive challenges such as the development of thermally efficient wood pallets continued, but the rise in crude oil leveled off, and there were excessive production neglecting the market in Eastern European countries, and the balance between demand and supply As a result of the collapse, prices have fallen temporarily. In Europe, the introduction of new technologies for biochar used in coal-fired power plants is more difficult than expected, and the delay in technology stability is considered to be the reason for the sluggish price.

However, nowadays new technologies have also penetrated to a certain extent, and demand for wood pallets for industrial use is particularly high, and the market is in high demand mainly in Europe and the UK until 2020, and thereafter for Japan and Korea until 2025 There is also information that the importance from Asian countries is rapidly increasing, and it has a potential of about twice that of the present.

Heating equipment using biomass solid fuel is not yet common in Australia, but it has begun to be taken up by mass media etc., and people’s interest is gradually rising, so it is as an environmental protection equipment at the time of meeting so far It is expected that the services provided to the home will be implemented.

Although there are not many expected lots in the initial stage, we believe that we can approach large private companies, government foundations and research institutes, etc. that are putting emphasis on environmental promotion.

In any case, renewable energy relationships are key to how cost and thermal efficiency can compete with fossilized energy, and the possibilities can be said to be enhanced if they can be presented with higher performance than conventional products.