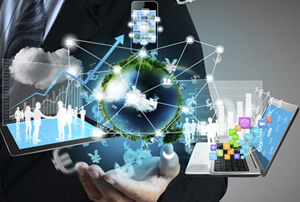 In Japan, the Internet line is an optical line as it is natural. Japanese people who are familiar with that speed will find it quite slow using the Australian Internet.

At present, the mainstream of Australia’s main line is already a generation technology in Japan, and ADSL and ADSL2 +, which are methods before the spread of optical lines, are still mainstream, and the data transfer speed of telephone cables and power cables etc. Is slow, and it also lacks the stability of data transmission.

Therefore, the Australian government, in response to strong market demand, is trying to disseminate optical links to Australia in order to prepare the domestic weak internet access infrastructure. As soon as it is time to say goodbye to conventional copper cables as the slogan to the distance, the National Broadband Network (NBN) plan was launched, and NBN was established to cope with its spread. NBN is said to be the largest national project in Australian history in terms of its configuration and scale, and Japanese companies are also related to that end.

Currently, NBN is gradually spreading around urban areas, but the road to this point is a lot of twists and turns. It was a long way to go, no matter what happened in Australia, where everything went as planned. I have also heard the NBN plan for a long time ago, but the budget itself and the political factors that change depending on which party will take power in the year and year, the plan itself has become dumb Because I heard the information of, I actually thought that the plan was a desperate thing.

NBN was conceived in 2008, and was the feature of the Labor Party, which was the ruling government at that time. NBN’s initial budget was A $ 15 billion (approx. 1.35 trillion yen in Japanese yen; converted to $ 1.00) The estimated budget for the following year requires A $ 43 billion, including equipment costs, and then The budget has been reduced to $ 37.4 billion, and the federal government has set a budget of $ 30.4 billion and will raise $ 7 billion for private sector investment.

However, the broadband plan, which will continue to spread to all Australia after this, will turn around. The main reason for this was the hugely bloated budget. The NBN company law was passed in parliament by the administration at that time, but the bidding amount jumped to a huge amount and repeated bidding cancellations. In addition, initially, communication and transfer speeds were planned to be up to 100 Mbit / s, but ultimately the speed was down to at least 25 Mbit / s by the Abbott administration of the Liberal Party in 2013 Aim for promoting Australian broadband.

The problem is not yet completely over. It is announced that this communication network will be 90% complete of the domestic building by 2020, but the optical fiber is open to the outside of the building, and the inside of the building is as usual, Internet connection using a telephone line It has been used, and it is sad to say that it is far from being completely optical-lined sang at the time of launch and the declaration to say goodbye to copper cables. Also, by using the telephone line, it is not clear at this time how much data will be lost, and it is also a unclear point. Even so, the government is bullish and has not broken its stance to promote NBN.

Whether the government feels uneasy about the huge amount of money spent on the NBN, there is no sufficient period of notice, and the traditional ADSL line used by each household can not be used in only four weeks of notification, forcibly It can also be used as a brutal usage, such as changing it to NBN. In fact, the ADSL line I am using now at my home suddenly becomes unusable after 4 weeks. I was notified with just one sheet of paper that I switched to the NBN line. In order to switch, we arrange the engineer who does the construction, the contract with the new provider and the expense such as modem purchase are accompanied, but it can not be said that this guarantee and the support are sufficient.

Furthermore, it is the existence of mobile broadband that can not be predicted in the future. From the user’s point of view at this stage, NBN has advantages such as cost, stability, and speed, but if next-generation mobile broadband solves these problems, it will not be as thin as NBN. What if you can show the performance you want? Even an in-investment project that invested a large amount of tax, is there any prospect of recovery? Such problems are also piled up.

It can be said that attention will still be required for the IT infrastructure in Australia.