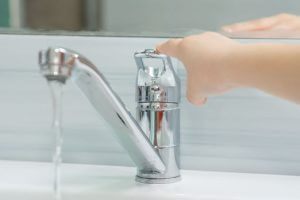 “You can always get clean drinking water by turning a tap on the water.” This is a very common thing in Japan, but from a global perspective, how is it endowed? I understand. The reason is that almost 30% of the world has access to safe drinking water at all times.

Japan can be said to be a fortunate country where you can get the water that is few in the world without any problems, inexpensive and affordable. Japanese who are aware that air, safety and water are free may find it difficult to grasp the current situation of countries that have developed into war to secure safe drinking water in the world as a realistic image.

Looking at Australia from such a world point of view, it can be said that it is a country that is relatively blessed with drinking water. However, there are many homes that limit the bathing time, and the amount of water supplied to each home is reduced in the dry season, and water saving measures such as prohibition of using a hose at the time of car washing of the car are taken .

As an aside, Japan and Australia have a working holiday system approved between the two countries, and many Japanese go to Japan every year. There are a lot of people choosing homestay as the first step of life in Australia, but I think that this bathing time limit will get a culture shock first. In the sense of us Japanese, bathing is not only for the purpose of merely washing the body, but it also includes stress relief, soaking in a bath and sweating slowly. However, there are residences that do not have a bathtub overseas, and there is also a case where the usage time of the shower is limited to 5 minutes, so I have to focus on washing my body rather than taking fatigue.

Westerners are a culture that uses perfume more than Japanese people, but it may be said that the background is that they can not use as much water as Japan at the time of bathing and are essential to relieve body odor. Even in Australia, which is relatively rich in drinking water, this situation makes water security a top priority for the rest of the world, especially in Asian countries where the population is exploding.

By the way, agricultural products, which are one of Australia’s main industries, are wheat, barley, rice, corn and so on, and dairy products, meat, sugar and cotton etc. also have high production amounts, and exports to Japan are Of course, it is exported to the countries of the world. However, in recent years, due to the effects of a large drought, etc., people have been forced into a severe situation of water shortage, and some people are closing off farming.

The government is concerned about the reduction of important export items to earn foreign currency, and is planning dam construction and large plant plans to turn seawater into fresh water, but both will be infrastructure projects at the national level. , A huge budget is required. This idea was created during an unprecedented economic boom in Australia, and it is only a plan that is difficult to realize if you think calmly, but at that time it was believed that the Australian economy would continue to grow without a ceiling. In a word, it was a situation similar to Japan’s bubble period.

In fact, the NSW government announced that it would blank the desalination plant plan in NSW. It also requires a great deal of energy to desalinate seawater. There are places where other states are still in charge of desalination projects, but in recent years there has been an impact from higher fuel prices and there is a high possibility that costs will increase, and it is thought that this plan will be difficult in the future.

Australia is about 20 times as large as Japan, but its population is only about 24 million, about one fifth of Japan. It is unrealistic for budget reasons to build an infrastructure network that covers the entire large land area, and the government is also troubled. I see there is a business opportunity here. For example, for inland areas where there is no infrastructure such as electricity and water, I think that demand can be expected if there is a device that can pump water alone without requiring power transmission or water pipes. Perhaps there are orders from farmers around the big cities.

And it is not only Australia that it is difficult to supply a stable water source because of budget and convenience, but it is a big issue in Asian countries and other countries. It is expected that the pump for pumping up the groundwater will be located in the remote area, which is an environment where service and maintenance are difficult. A pump that can pump underground water is combined with a solar system that does not require wiring, and by incorporating a lightning rod system to avoid damage from lightning strikes, it creates synergy effects and not only enhances the value of goods It will also be possible to carry out overseas expansion of multiple companies at once.

In addition to Australia, many Asian countries also produce abundant underground resources, and mining miners often use a lot of energy for dust cleaning, viscous slurry and drainage. If there are pumps and piping that can do these efficiently, it can be said that there is a good chance of partnering with an existing company and entering as a secondary supplier. However, there are, of course, problems, and it is necessary to investigate the water veins in order to suck up well water, and it may be possible that the cost etc. will be separately incurred.

Either way, there may be great opportunities in these areas in the future.