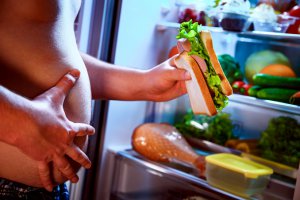 It is no exaggeration to say that there is no day when the word “diet” does not flow in all the tools such as television, newspaper magazines, the Internet, etc., among the news and information that flows all day long. If you consume more than the calories you consume with some exercise than the calories you theoretically consume, you can reduce your weight without gaining weight.

It is easy to say, but difficult to carry out. As you say, it is the old-fashioned East-West humanity’s unchanging desire that we want to ease easily rather than doing a hard exercise that places extra load on the body. Therefore, every time there is the latest information that I think I have found such a diet method, and every one is described as “easy and easy!” But if it is actually easy and easy to lose, every time it is new You do not need to know how to diet. In the future, an easy and easy way to lose weight may be born, but I think it may be difficult during my lifetime.

Australia, like Japan, has many people who show interest and interest in dieting, but it feels quite large compared to Japan. In other words, in the case of Japanese people, you say it is a bit unusual, especially it seems that women care more about the system than necessary.

The diet in Australia is a bit more serious, and there is an image that people who obviously lose weight can have serious influence on the body. For this reason, there are many inconspicuous people in the system, and if you walk in the streets of Australia, you can see ladies and gentlemen who are clearly larger than in Japan.

However, even in Australia where everything is loose, health awareness is gradually increasing and concerns about obesity are rising.

The fifth over weight country

According to a survey by the OECD (Economic Cooperation and Development Organization) in 2017, Australia has been reported as the fifth major obese country in the OECD member countries, and overweight is classified into 3 out of 5 people, and those who are classified as obese are When it reached 30%, it became a shocking result. Compared with the survey in 2000, the obesity rate is 19.8% higher, and 65% of the whole population will be classified as overweight.

By the way, it is Japanese who shows excessive reaction to diet, but it is the lowest obesity rate in the member country according to the survey of OECD.

There are various reasons why obesity is so prevalent in Australia, but there is a problem of food culture, such as the nationality that does not mind even with a drum-like belly and the taste of the sack answering as fish and chips.

Everyone is not everyone, but I think Australian women are not good at making healthy food compared to Asians. Especially, there are many cases where mothers with children can not provide healthy food to children, and are often finished with high-calorie, inexpensive fast food, and fats, salts, biased nutrition, etc., are important during the growth process. In some cases, adult diseases that usually do not occur in childhood are also caused by feeding the diet.

In addition, obese children are more likely to have depression, anxiety, bullying, sleep deprivation, etc., and it has been reported that the rate of hypertension, hyperinsulinism, etc. is also higher than those who are not obese. .

Obesity is considered to increase carcinogenicity and is considered to be one of the major reasons for the development of diabetes, heart disease and other adult diseases, and there is a possibility that the government’s burden on medical expenses for patients will increase significantly in the future. You

Government charges A$25 billion to combat obesity to the population

Therefore, the government added A$25 billion as a budget for diabetes and obesity measures in 2008 as a measure against obesity that is steadily increasing every year, but the obesity rate is rich and relatively rich. There are much more districts and families whose income can not be sufficient than districts and families, and it is judged that improvement education expenses including not only medical expenses but also home environment improvement of middle class or lower are necessary, and the budget is It was raised to $58 billion in the same year.

In addition, in cooperation with food processors, we have proposed a plan covering 20 items, such as the demand for food products to reduce fat and sugar content, and tax deductions for fresh vegetables and fruits as part of obesity control.

Other causes of obesity include lack of exercise, providing a grant for joining a training gym, and it is determined that an environment in which carbonated drinking water can be easily obtained to a school where a child is obese is not desirable if children are obese, and is sold automatically. Although the government has taken measures to prevent obesity until the tears of the Australian government, such as restricting the installation of machines, we have to say that the ever increasing obesity rate has not been effective at all and it is not an effective policy. It is a situation.